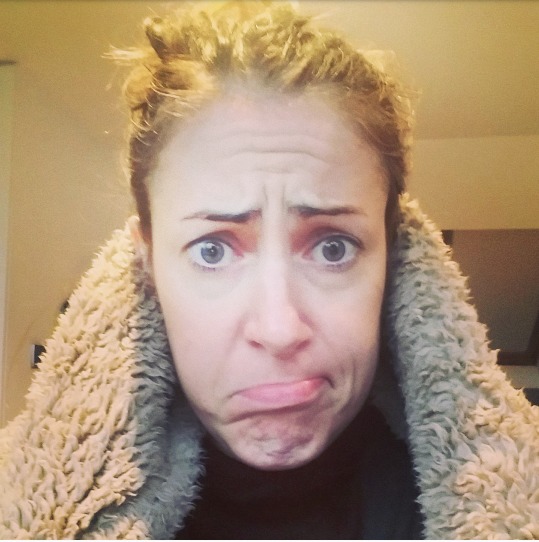 Yesterday was my first interview…

…well, that’s not actually true. I was interviewed by the wonderful, Girl’s that Travel website, but Gemma is a kind angel of a human, who knows me, and likes me. This time I was being interviewed by a stranger.

As I was getting ready yesterday morning – I had a slightly shaky five minutes, which could have been linked to the three back-to-back Tetley’s I downed in the space of 20 minutes to get myself pepped up. Whatever it was my pulse quickened and I found myself pondering things I’ve never pondered before all while plucking my eyebrows more diligently than I ever have in my life. Maybe I should double up on the blusher? A terrible idea. Perhaps I should try to smile more often? Just creepy. What was my hand position strategy, because my go-to stance of crossing my arms just seems standoffish? Forming a hand position strategy is ludicrous.

Then of course, I realised how absurd these thoughts were and resolved to relax. I had no choice other than to just see what happened. I’d never been in this situation before so I couldn’t reasonably be expected to anticipate how it might go. However, I’m out of practice when it comes to talking to strangers. I’ll admit I’ve isolated myself a little from the general public over the last couple of years in a bid to apply myself enough to actually complete something for once. I still managed to keep up conversations with my friends… and the teenage baristas in the café I frequent…so I wasn’t completely out of the practicing interpersonal skills loop. I should be fine.

Besides, there was nothing I could do about it if I suddenly couldn’t remember any exclamations other than ‘awesome’! I’d just have to hope he didn’t interpret that as me having a dreadful vocabulary. If I found myself talking in the third person, perhaps he’d decide I was being topical and doff his cap my way. And if I developed a panic lisp, surely that might just confuse him into emailing me the questions to answer at my leisure.

When he arrived, of course he was just kindly human being doing his job. And of course I remembered how to answer a question, which was a relief. And, actually, it was fun!

It was the first time I was speaking to someone that didn’t know me about the thing I’ve been keeping so close to my chest. A few of my mates have read chapters, and offered incredibly valuable and insightful feedback, but they are doing so knowing who I am, and the kinds of decisions I’m prone to making. But now, post final edit, there’s an additional 10 thousand words that even those closest to me haven’t read. Ahhhh…shit.

Realisation has well and truly dawned in the last couple of days that people are actually going to read my book. If I allow myself to think about that too deeply, it makes me frowny, and a little clammy. Human beings that I know, don’t know, and those who were actually there are going to read it – and then they’re going to know what I did, what I said, how I behaved, and every little thought that occurred to me in between. And that’s pretty revealing – because *spoiler alert* I wasn’t always bossing it.

I could choose to panic at this stage I suppose, or obsess over what bits people might not like, or what’s the most mortifying. But that would be shit and sad at a time I’m pretty set on remaining delighted.

So I’m committing to being excited to talk about it more – with old friends and new. This is what I’ve been working towards – it’s time to stop worrying, slip off my fluffy house coat, actually leave the house, and, like I did yesterday, just hope for the best.

You can snap up your copy here!