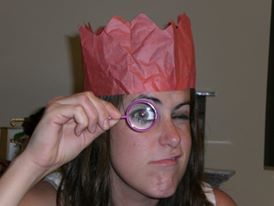 This post about Christmas in November is for your own good

“In just a matter of days we will be dealing with a full on attack; Oxford Street will once again be visible from space, Mariah Carey will be stalking us around reminding us how much she “wants us for Christmas” (no thanks M, you seem a bit bonkers) and adverts will start in a vengeance for the annual television monstrosity that is Michael Bublé singing some very, very poor festive karaoke.”

*This article also appeared on The Huffington Post. Read the article here.

I am fully aware that the title of this article is likely to incite rage across the nation. How can I possibly be mentioning Christmas when we are barely in November? What kind of fairy light loving, sugared almond addict must I be to bring up my second least favourite C-word so early on in the year? I mean, the clocks have only just gone back for Pete’s sake!

Well, people. I’m a realist. It doesn’t matter if we lock ourselves away, turn up the heating and play reggae 24 hours a day, it’s going to happen. Just last week I was happily stocking up on soup and cold medicine in Co-op when I made eye contact with some mince pies. Mince pies…in October. We can no longer ignore it; Christmas is 49 days away.

In just a matter of days we will be dealing with a full on attack; Oxford Street will once again be visible from space, Mariah Carey will be stalking us around reminding us how much she “wants us for Christmas” (no thanks M, you seem a bit bonkers) and adverts will start in a vengeance for the annual television monstrosity that is Michael Bublé singing some very, very poor festive karaoke.

So before you go mad from Noddy Holder constantly screeching in your ear that it’s Christmas in November, it’s time to formulate a strategy. In the name of keeping a smile on your face that isn’t 100% sugar and mulled wine related, here are three sure-fire ways to avoid losing your sh*t outside Hamley’s when some teenager dressed as a toy soldier decides to start blowing bubbles in your face…

1 – Start Early
We are all guilty of saying it every year but who actually does it? The answer is smart arses. This year, join the ranks of the smug and start as early as possible. You know that as soon as those lights come on in Central London, people go legitimately insane. Standing around in the street at rush hour completely mesmerised by illuminated snowflakes like they’re five years old, forgetting that sane people have places to be and presents to buy that will no doubt be discarded in an instant. The earlier you start, the sooner you can concentrate on the fun parts of Christmas, like drinking sherry on a Monday and getting through 1 or 2 Terry’s Chocolate Orange’s per day.

2 – Utilise Technology
We live in a golden age of technology and although I get agitated by people who are glued to their phones – in the name of not having to visit Westfield, I am prepared to do anything. There are loads of great websites and apps that allow you to do your Christmas shopping without the need to enter any actual shops. This means you can happily fill up that imaginary shopping cart from the safety of your bus home and leave the less-informed muggles to push their way out of ludicrously busy tube stations with credit cards at the ready and fear in their eyes. A favourite discovery of mine is the Streethub app. The creators have considerately trawled the independent boutiques of London and Brighton (no doubt in summer) to bring you unique items that will make it appear as though you braved wet feet and irritation to pound the pavements along with the best of them. They even deliver.

3 – Be Craft-y
People love a homemade gift, at least that’s what I’ll be telling myself as I ladle yet another vat of homemade cashew butter into the old jam jars I’ve been stockpiling since May. Making things for your loved ones is a wonderful way to give them something unique. It also shows them that you haven’t just sprinted into Argos on December 22nd and shrieked that you will “take one of everything”. Whether you give the Shreddies Knitting Nanas a run for their money or you’re a dab hand with a watercolour paint set, homemade gifts can be a great alternative to losing your mind in the middle of Marks and Spencer’s when the slippers your Mum told you she wanted a month ago are out of stock.

Heed my advice and I guarantee the run up to Christmas will be full of nothing but cheer and sherry…let’s not forget the sherry.